In the spring of 1984, Jim and I graduated from medical school, got married, and acquired our first Siberian Husky, all within a 3 week period. Aurora was a wonderful pet and we were hooked on Siberians. We didn't get involved in showing in conformation until 1991, when we met Leslie Cranford through a mutual friend. Leslie's daughter, Jaley, and our daughter, Alex, had just turned a year old. They became best friends and played together while Jim and I learned about showing and breeding Siberians from Leslie. Leslie even allowed Jim and I to borrow two of her finished champions to take to a  weekend handling seminar. I attended some of my first shows with Leslie in the summer of 1993, when I was hugely pregnant with my son, Paul.

With Leslie's help, we acquired our first show dog from Vel Leahy and, soon after, became co-owners of our first bitch with Leslie and Johanna DuWaldt. When the children were young, we managed to attend 4-5 show weekends a year and joined the SHCA, SHCGA and SHCMT. We tried to get to the Atlanta and Middle Tennessee specialties each year and were able to attend the SHCA National specialty every 2-3 years. We had our first litter of puppies in 1997. With the help of Debbie Fitzgerald and Warren Keefer, we learned to run the dogs in harness and enjoy doing that at our family's farm when Alabama weather permits. As the children became more envolved in sports, it became harder for us to get away on weekends. Several of our Siberians were shown in the northeast by their co-owner, Johanna DuWaldt Coutu, and handlers, Jessica Plourde and Debbie Studwell.

Although our children, Alex and Paul, were not involved in showing the dogs, they took an active roll in the socialization of our puppies and helped care for the dogs, especially when Jim and I were away at shows. Our website wouldn't be complete without a page for brags about the kids.

Now that both children are grown, we have moved to Delinda's family farm in Ashville Alabama. As we approach retirement, we hope to have more time for dog shows and breeding. Delinda has gotten involved in Rally Obedience and  Agility. We invite you to explore the rest of our website for information about our dogs, planned litters and important events. Please contact us if you have any questions about us or about Siberians in general. 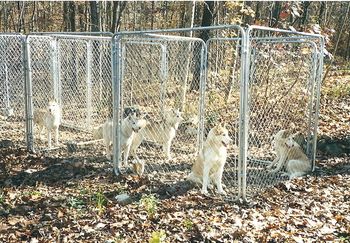 The kennels at the farm. 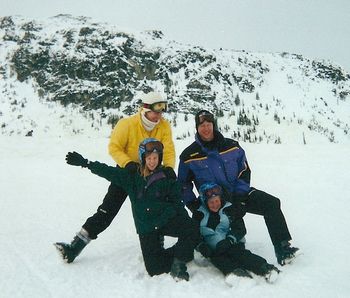 As the kids got older, we had more ski trips and fewer dog shows. 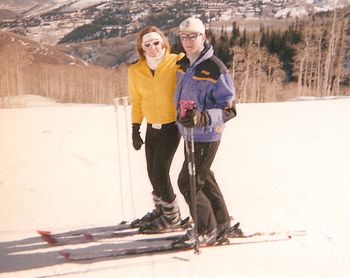 Jim and Delinda on the slopes. 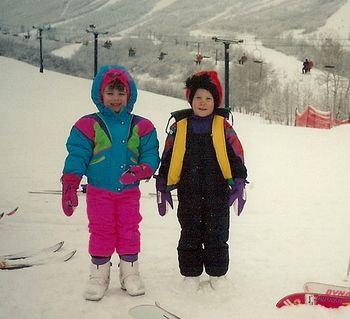 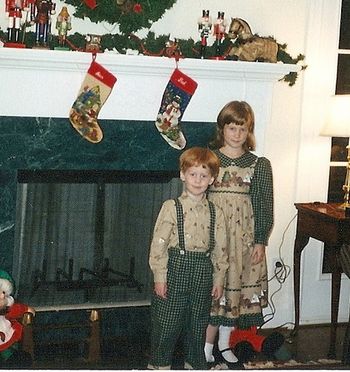 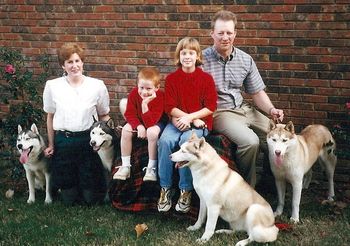 Our most ambitious Christmas picture - 2 kids and 4 dogs. 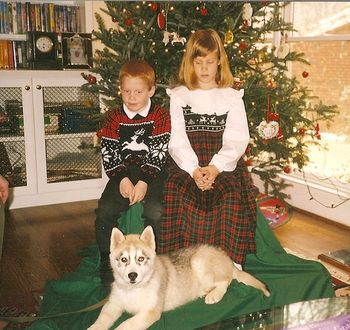 Even with only one dog, it's hard to get cooperation... 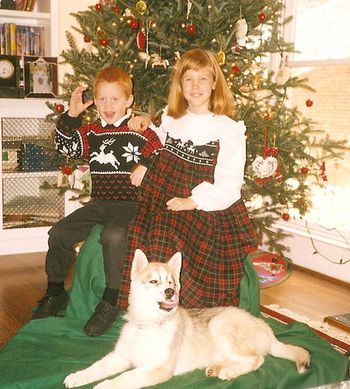 ... until you threaten to take away video games! 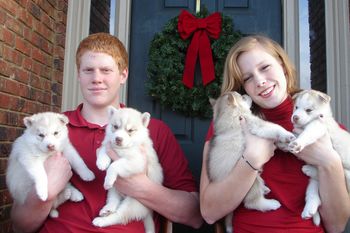