When it became obvous that Jim and I both needed a dog to handle, Leslie Cranford helped us find our second show dog.  Johanna DuWaldt had a bitch that she wanted Leslie to co-own with her. Since Leslie had a full kennel, she suggested that I co-own the bitch with them and keep her at our house. That allowed me to show Roberta while Jim showed Ichi Ban. We wanted to get Roberta finished before we bred her, so after about a year with us, we sent her back up to Johanna.  In a few months, Johanna  put 3 majors on her. When Roberta came back home, I showed her to one BOB over specials and then Leslie took her to the Oklahoma City Specialty where she went best in specialty show to finish her championship.

After finishing her championship, Roberta retired from the show ring and became the foundation brood bitch for Doxhobbi Siberians. 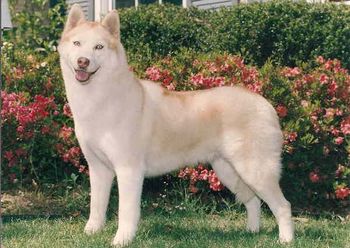 Roberta was a lovely bitch but didn't really like to show. Our best pictures of her were not at the shows but in the yard 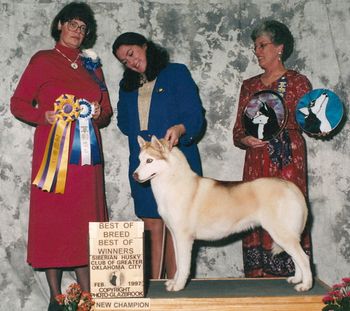 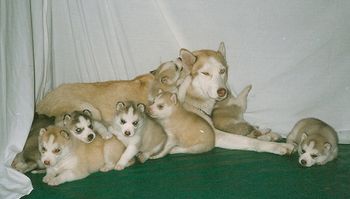 After finishing her championship, Roberta retired from the show ring to be a mother. 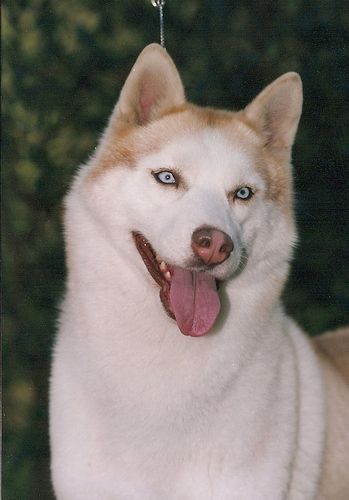